Last month, I’ve made some press pictures for Steak Number Eight, a Belgian postrock/metal band I’m a huge fan of (they’ve just released an awesome record All Is Chaos, check it out). Now one of those pictures ended up on the front cover of RifRaf magazine, no less! I’m totally thrilled, of course. Any publication in the press is nice, but a cover is double so. And another two pictures can be found inside. If you’re in Flanders, you can pick up your hard copy for free in one of many recordstores, concert venues, pubs or libraries. Gratitudes to Steak and RifRaf. Last Saturday, Keremos has celebrated it’s 10th anniversary by putting seven bands on stage at Vooruit. Headliner of the night was Absynthe Minded with a tad longer set. But the attention of yours truly was mainly focused on Steak Number Eight, playing songs of their upcoming album. I’m still as impressed as before. Fun fact: it’s the band I have photographed second most since I’ve started. Only SX has been in front of my lens more often. Impressed I was also by the band Roadburg. I’ve seen them live before, but they have matured a lot since then. In the backstage of last SX gig, there was a nice red sofa and an old fashioned lampshade which I deemed perfect for a quick photo session. So I asked the bandmembers to make themselves comfortable, and without fussing around with speedlites – I didn’t have them with me anyway – the shoot was over in a matter of minutes. As often is the case, you get some of the best shots at the very start or very end of the session, when you catch them off guard. And so I got this wonderful picture of Stef. I was stupid enough to leave the sensitivity at ISO 3200, so the raw images turned out quite noisy. But in retrospect that was a blessing too. While the images are heavily processed to combat the noise, it only got interesting when I tried pushing it a bit further. I started with the noise removal filters maxed out, but that wasn’t enough to clean up the entire image. So a blurred version was layered on top to further soften the background and skin tones. And this is when I started noticing some paintish effect I actually liked. Especially by retaining this layer in the corners to give it washed out look, the attention is drawn to the center. And together with heavily burned borders, you get a nice poster effect. 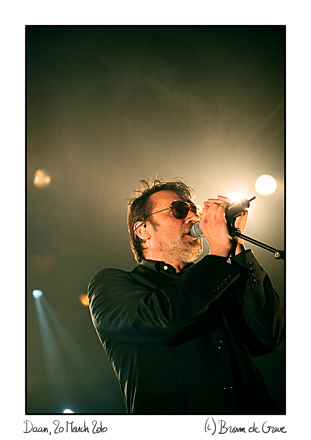 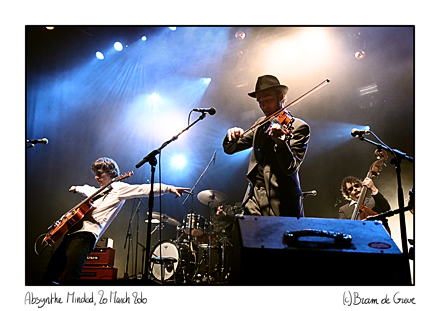 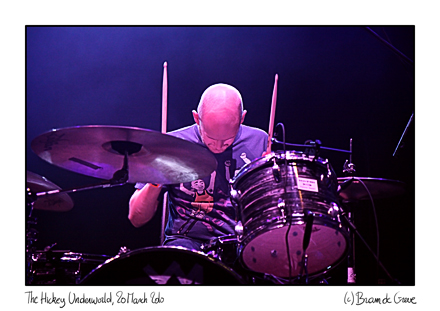 Due to some technicalities, this didn’t get online sooner. Pi day seems the perfect opportunity to put this straight, so here it is …

One of the prizes of the Westtalent contest was a free promo shoot by the in-house photographer, yours truly. I was very pleased to see that award going to my friends of SX, because I knew they wouldn’t make it easy. 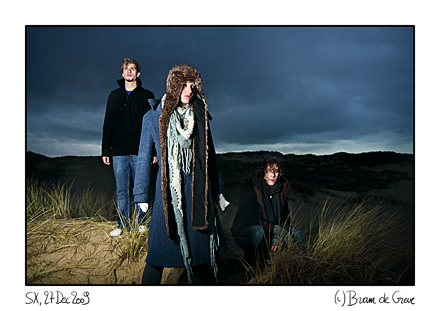 The band had chosen the dunes of De Panne as location, and proposed a general idea around which we experimented a bit on the “set”. We wanted the light to look artificial, so I brought along several speedlites and some PocketWizard magic. This was my first real experience with speedlites, so obviously I’ve made a lot of beginner mistakes. For example, though I had multiple heads and stands, I didn’t set up any backlights to accentuate the contours. Instead I combined them to one single key light to get more power, while I should have cranked up the ISO instead. 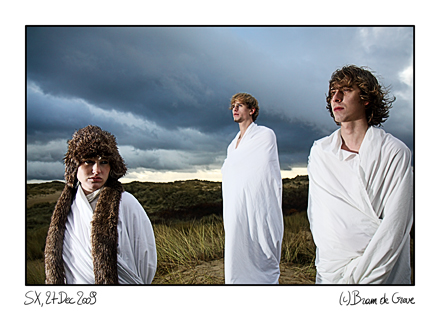 All things considered, I’m very pleased with the results. The location was great, the weather dramatic. The colours blended nicely together, and the rain didn’t spoil too many shots. Though I should have kept my lens cleaner, to avoid any flares. And playing with speedlites is just too much fun: underexposuring the background, and hitting hard the subject with a flash of light … nice! Though there is still much to be learned on that topic! 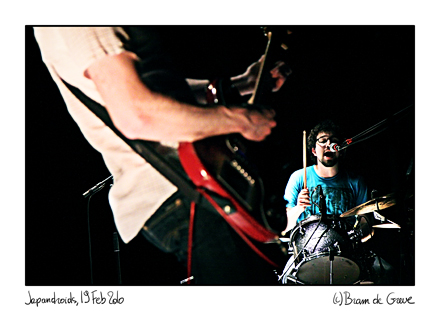 Channel Zero! Says enough. One of …no, scrap that. The most influential Belgian heavy metal band of the nineties, when I was still busy being a headbanging teenager. And now, after more than ten years of silence, they’re back! Heavier than ever. w00t! Here’re my impressions from the photopit … 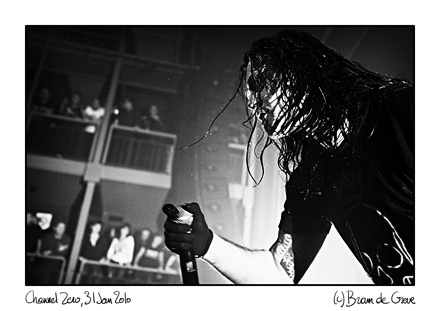 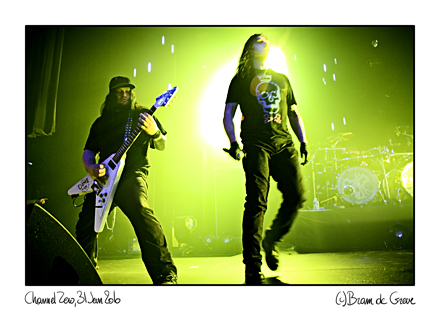