By popular demand, here are two band shots I’ve taken. I not usually do band shots like this (in fact, these are the only two), as I’m more comfy with natural/candid shots.

The first one is of the electro punk duo Waxdolls. It was taken at Cultuurkapel De Schaduw, after the Quioui gig. 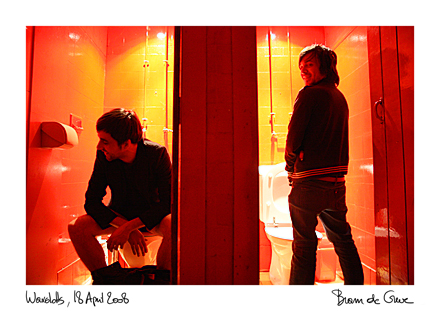 The second one is of the rock band Kudos, a few days after they’ve won the audience award at Red Rock Rally. The local newspaper Brugsch Handelsblad was going to feature an article, and they needed a band shot. As I hadn’t any good ones from the gig, I went to their rehearsal space a few days later to shoot this one. The same article was also published in the local edition of Het Nieuwsblad. At any rate, this is my first published picture =) 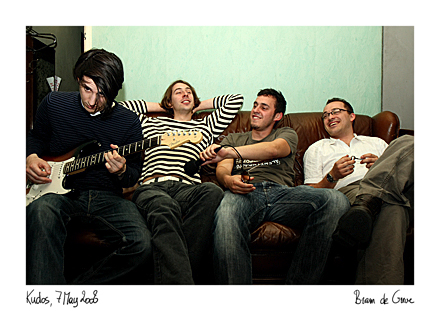 This entry was posted on Tuesday, June 3rd, 2008 at 1:41 pm and is filed under photography. You can follow any responses to this entry through the RSS 2.0 feed. Both comments and pings are currently closed.