It’s been a while since I’ve posted any update my photo gallery (ignoring the band shots of Waxdolls and Kudos). The Red Rock Rally pictures, take about a month ago, are finally uploaded now. My friends from Kudos participated in the contest and went home with the audience award. I feel a bit bad about this delay, but now everything is getting up to speed again. There are three sets of pictures: the headliners of the night Balthazar and Absynthe Minded, and of course Kudos. 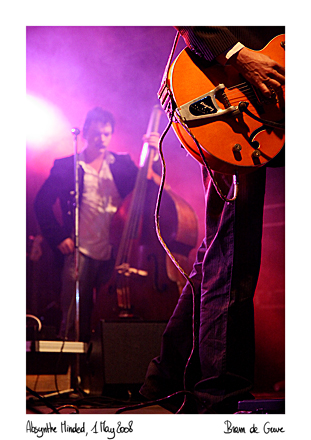 A while ago I also added Steak Number Eight playing at BoscoRock, and you can expect pictures of Morda playing there very soon. Finally there are others still of QuiOui, Low Vertical, Steak Number Eight again, and Waxdolls from other gigs … phew!

This entry was posted on Sunday, June 8th, 2008 at 6:42 am and is filed under photography. You can follow any responses to this entry through the RSS 2.0 feed. Both comments and pings are currently closed.